These three local stars on the gridiron were named to the South all-star team back in March. 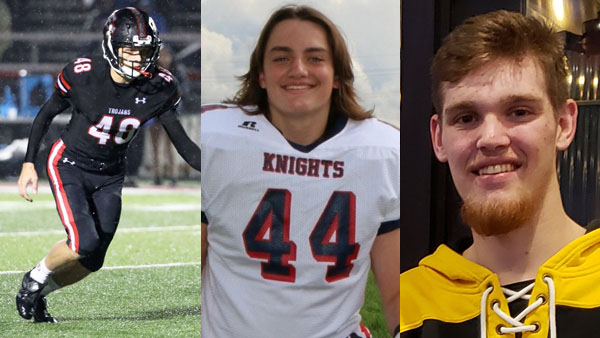 (Indianapolis, Ind.) - Three southeastern Indiana high school football standouts will be on the field for the 53rd North-South All-Star Game on Friday, July 12.

The Indiana Football Coaches Association North-South All-Star Classic happens at North Central High School in Indianapolis. Cost at the gate is $10 for adults or $5 for students.

Schmidt, who will be playing next season for the Franklin College Grizzlies, made 29 pass catches for 533 yards and five touchdowns in his senior season with Milan. On the defensive side, he racked up 34 tackles, three sacks, and an interception.

Fellow IFCA Senior All-State honoree Browndyke was a record-setting kicker at East Central. In his senior season, he made 67 of 71 on extra point attempts and made eight of 10 field goal attempts, the longest from 50 yards.

The South All-Stars are being coached by Kevin O’Shea of North Central High School. The North team’s head coach will be Jason Garrett of Fort Wayne Bishop Dwenger.