The Tigers' pitcher held several offers to continue his academic and athletic career. 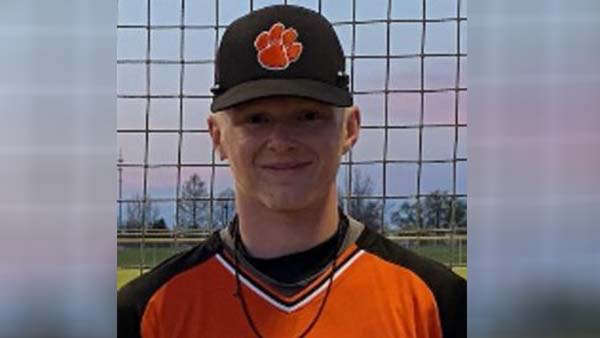 (Lawrenceburg, Ind.) – A Lawrenceburg Tigers baseball star will play college baseball just a little over an hour down the road.

Senior Drew Lanning has verbally committed to continue his academic and athletic career at Hanover College.

Lanning is a three-year varsity baseball player and a member of the Florence Y'alls Elite 17U/18U team. As a junior, he led the EIAC in strikeouts and threw a no-hitter in Lawrenceburg’s opening sectional game.

He finished his junior season ranked among the strikeout leaders in Class 3A.

Lanning also stars in the classroom, where he maintains a 3.75 GPA.

He plans to study Electrical Engineering at Hanover.