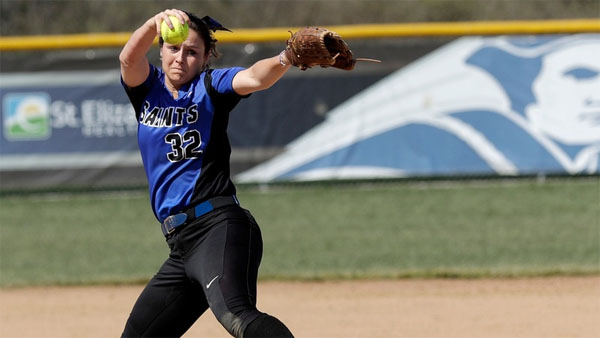 Alix DeDreu is having a record-setting season at Thomas More University. File photo.

(Crestview Hills, Ky.) – Alix DeDreu is cementing her legacy as one of, if not the greatest softball player in Thomas More University history.

Since then, DeDreu has added 30 hits to her record, which now stands at 237.