Indiana has allocated a lot more money for inspecting and regulating Concentrated Animal Feeding Operations, but will it result in fewer complaints about them? 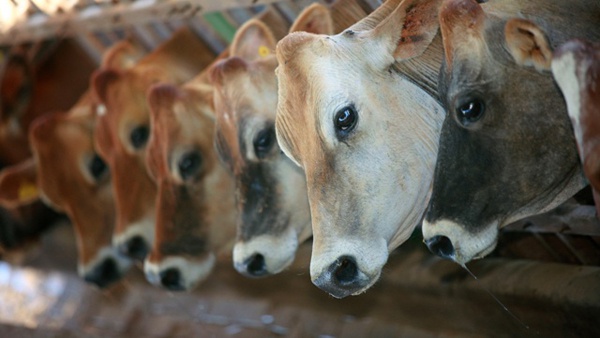 (Indianapolis, Ind.) - Indiana is boosting its efforts to ensure that Concentrated Animal Feeding Operations are following the rules.

The Indiana Department of Environmental Management inspects and regulates CAFOs, which often are criticized for animal-welfare and food-safety issues. The new state budget sets funding for CAFO inspections at more than $3 million annually for 2019 through 2021 - a sharp contrast to the roughly $318,000 a year in the last budget.

Margo Tucker, assistant legal counsel and assistant director for the Citizens Action Coalition, said ramped-up inspections are a step in the right direction - but, as she put it, "only one side of the coin.

"IDEM needs help both financially and legislatively," she said. "One side of that coin was addressed, but stronger legislation is still needed so that IDEM can continue to do their job. And until then, they're just limited in addressing all of the environmental ramifications that CAFOs represent."

Fair Oaks Farm in northwest Indiana is under scrutiny after whistleblowers uncovered animal cruelty. Tucker said it's just one example of the need for additional oversight, adding that waste contamination from CAFOs poses health threats to people and the environment.

"If you're at your grandfather's farm and an accident happens or a spill takes place, it's just on a much smaller level," she said. "When you jack things up to the size of a CAFO, you don't have 100 hogs; you've got 5,000 hogs - and you've got neighborhoods, churches and schools nearby. It's a higher-stakes game."

According to Environmental Protection Agency data, the number of new CAFOs in the United States grew nearly 8% between 2011 and 2017. Tucker said policies need to keep pace.

"We are a very agricultural state and we're proud of that, but just because we want to capitalize on our agricultural resources doesn't mean we should be putting our rural communities at risk in the process," she said. "I think that everyone on both sides of the aisle can agree with that."

She is hopeful that state lawmakers will work on bipartisan solutions to expand IDEM's oversight of Concentrated Animal Feeding Operations. Indiana has about 800 CAFOs, the eighth-largest number among states.