What started out as a daily diary turned into a book honoring a Grandmother's memory. 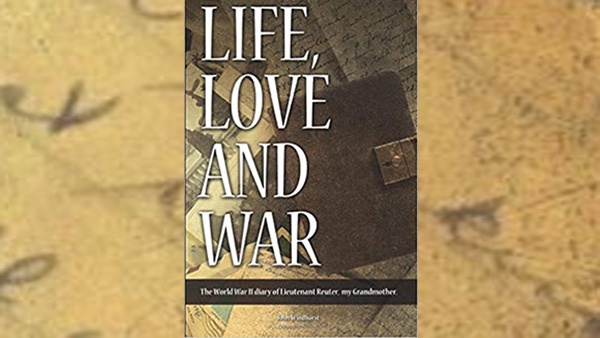 (Greendale, Ind.) - John Windhorst was gifted a diary from his grandmother who served in World War II, which ended up being a bigger gift than he ever imagined.

When Windhorst's grandmother, Lieutenant Arlene Reuter (Windhorst), passed away from Alzheimer's in 2007, he was willed this journal because of his love of history and family keepsakes.

He kept the diary locked in a safe, and didn't explore the entries for years.

Opening the antique pages led Windhorst to get a glimpse into the life of a 22 year old woman trying to find love during WWII.

Approximately four years of deciphering the journal entries and Life, Love, And War: The World War II diary of Lieutenant Reuter, my Grandmother. was eventually published.

The book was sent to family members across the United States to share the untold stories of the beloved family member.

After, receiving the book, family members urged Windhorst to make this book available to the public. With viewing the war from a woman's point of view and focusing on the journey of finding love, the family believed the book to be a perspective that needed to be seen.

Life, Love, and War: The World War II diary of Lieutenant Reuter, my Grandmother. follows Arlene through her travels from Fort Knox to Africa, and finding her way in enemy territory in Germany.

When Greendale residents became aware that their neighbor and friend, Arlene Windhorst, had a life unknown by many, they were intrigued by the book.

Many people reached out to John to tell their relationships to his Grandmother. This book connected the Windhorst family to not only a side of the family member that no one knew, but also to the community.

"From Cincinnati to Ft. Knox and all the way to Normandy, my grandmother was a nurse in the army during World War II. She kept a diary through it all. Read the everyday life of a 1st Lieutenant who is just trying to do her job and live her life through our nation’s toughest war," reads the books overview.

You can support the memory of a local front line war nurse by purchasing a copy of the book online at Amazon.