The Lawrenceburg native is three-time Academic All Big-Ten selection and one of the best punters in the nation. 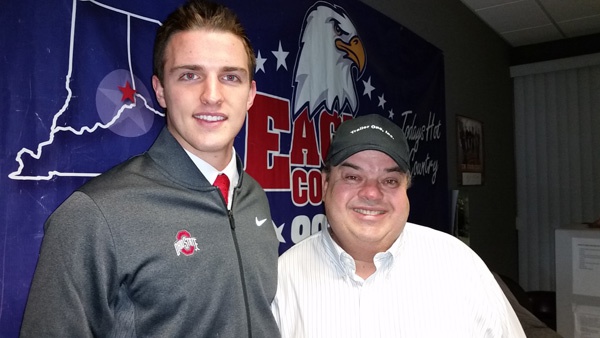 The National Football Foundation and College Hall of Fame have announced a record 199 semi-finalists for the 2020 William V. Campbell Trophy.

The award recognizes an individual as the absolute best football scholar-athlete in the nation for his combined academic success, football performance and exemplary leadership.

To be nominated for the award, candidates must be a senior or graduate student in their final year of playing eligibility, have a GPA of at least 3.2, have outstanding football ability as a first team player or significant contributor and have demonstrated strong leadership and citizenship.

Chrisman, a Lawrenceburg native and former St. Lawrence School student, is one of the top punters in the nation and is a three-time Academic All Big-Ten selection.

Last season, Chrisman punted 46 times, averaging 44.3 yards per punt for the Ohio State Buckeyes. Due to his play, Chrisman was named a semi-finalist for the Ray Guy Award.

The NFF will announce 12 to 14 finalists for the Campbell Trophy in November. Each finalist will receive an $18,000 postgraduate scholarship.

Travis Thayer playing
Shania Twain - That Don't Impress Me Much