A teenager in the home had bravely captured the abuse on a cell phone camera. The evidence helped lead to guilty pleas by the couple. 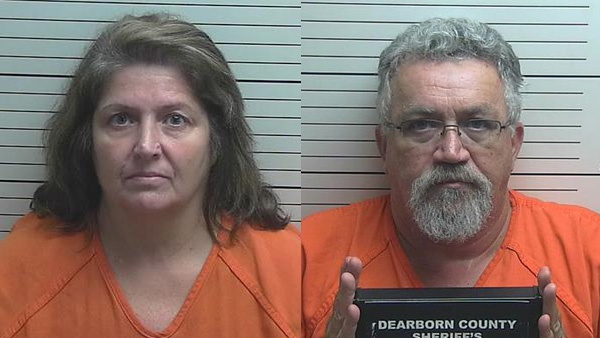 (Dearborn County, Ind.) – A couple foster parents betrayed the trust placed in them to care for children who had been taken from their biological parents after being abused.

Timothy and Diane Combs, of Aurora, were arrested in September 2018 on allegations that they beat and kicked children ages two to six. Some of the instances of abuse were recorded on a cell phone video taken by another 15-year-old foster child placed in their home on Jeanie Drive. That phone had been provided to the teen by a friend. That video was shared with a friend, who then alerted law enforcement the previous July.

According to a news release from Dearborn-Ohio County Prosecutor Lynn Deddens, a four-year-old victim was interviewed and told investigators Diane “peed in our diapers and made us do wall squats and put them in our mouth.”

The Combs have now pleaded guilty in Dearborn County court. On Tuesday, Diane Combs pleaded guilty to multiple counts, including Aggravated Battery (level 3 felony). She has been sentenced to 20 years in prison to be followed by 12 years on probation.

Tim Combs was sentenced on September 5 after pleading to three counts of Battery (level 5 felony). His punishment is 18 years with five years suspended to probation.

Deddens called the case one of the most egregious she has seen in her career.

“These children are the most vulnerable among all children we strive to protect. They were abused by the very people entrusted with their care after suffering from abuse and neglect which led to their removal from their biological families. We must seek justice in this case and ensure that Mr. and Mrs. Combs never again have the opportunity to harm children,” she said.

The prosecutor said the teen who filmed the abuse and tipped law enforcement about it exhibited brave and heroic effort.

“These convictions were based upon multiple documented instances of abuse, many of which were caught on video,” explained Deddens. “I am thankful for the bravery of one child whose actions likely saved the lives of the other children in the home and of the diligent work by the Dearborn County Sheriff’s Department in investigating this case. Thanks to these efforts, these individuals will now spend time behind bars for their heinous crimes.”