Muskies are some of the largest fish in Indiana and anglers usually release the Muskies they catch, prizing them more for their trophy-size and challenge to catch rather than edibility. 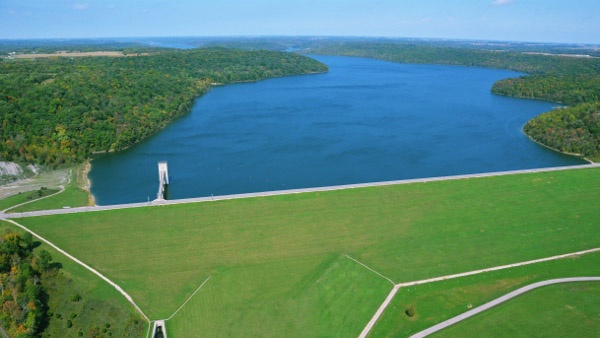 (Brookville, Ind.) – The muskie catch rate at Brookville Lake is as high as its been since monitoring began in 1994.

The Indiana DNR Division of Fish & Wildlife says the muskie population in Brookville Lake has increased substantially in the past two years.

DNR biologists suspect the increase is a result of improvements to muskie rearing techniques, which has helped produce larger muskie fingerlings for stocking in recent years, leading to increased survival.

“In the past, we might see a single muskie every eight nets we would run during the walleye spawn,” said Corey DeBoom, DNR fisheries biologist. “In the last two years, we’ve been capturing an adult muskie every two to three nets. We used to handle about 20 adult muskies in an average year, but we saw over 50 in 2018 and 45 again this season.”

Anglers will likely find muskies on windblown shores, areas near the dam or near standing timber. The springtime makes for a good time to catch muskies as the fish will swim in shallower depths thanks to cooler water.

On average, must muskies at Brookville Lake are 30 to 40 inches in length, but biologists have handled muskies up to 49 inches and 38 pounds.