Indiana farmers haven't had the best of luck with the weather this summer. 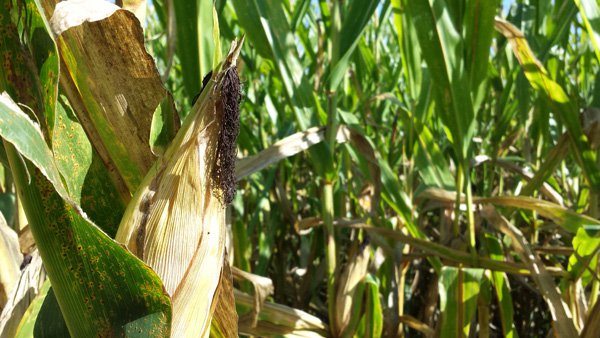 (Lawrenceburg, Ind.) – After a record harvest last fall, Indiana farmers are lagging behind this year.

The latest crop report from the U.S. Department of Agriculture shows only 15 percent of Indiana corn has been harvested for grain as of October 7. Compare that to the average of the past five years, when Hoosier farmers have had nearly 30 percent harvested by this time.

John Hawley, the agriculture and natural resources educator at the Purdue University Extension Office in Dearborn County, says rain totals are about five inches above normal, but the lack of considerable rain, plus dry and hot weather has impacted crops this summer.

Statewide, the corn mature was only at 56 percent a week ago, down from 94 percent at this time last year.

Only 14 percent of soybeans have been harvested so far. That number is down from 38 percent a year ago.

"Dearborn County is not a big corn and soybean production county," Hawley said. "Hay is big here though."

The average hay cutting for this time of year is three to four. The lack of rain has hay a cutting or two behind, which can impact hay prices.